The Chatlos Foundation, Inc. first supported the Orlando Regional Trauma Center in 1992.  The work that has been accomplished there is beyond imagination.  This story is just one of thousands that could be told.

Almost Dead in the Water 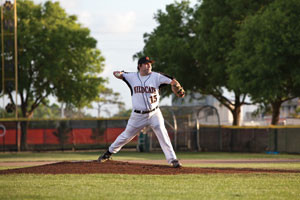 Nate was beyond lucky. Had the propeller blade gouged his rib cage a half-inch deeper, it would have punctured his lung, resulting in certain death. The spinning blades narrowly missed his spinal column, as well; had they severed his spinal cord, Nate would have been a paraplegic—if he’d survived. Had he succumbed to panic and not swum to the boat . . . had the 911 call not been made so quickly . . . had his brother not applied the tourniquet . . . had the emergency services team not been so efficient . . . had the medevac helicopter not arrived so quickly . . . and had Nate not been rushed to Orlando Regional Medical Center’s Level One Trauma Center—one of seven in Florida—friends and family would have been visiting his grave instead of celebrating his baseball comeback.

By the time Nate arrived at the hospital—35 minutes after the 911 call—he had lost nearly 80 percent of his circulating blood. His hemoglobin count was 3.1—too low, in most cases, to sustain life. “After he was resuscitated, we were worried that there wasn’t enough blood running to keep his brain functioning,” says Macksoud. “I was concerned that when he woke up, would he still be Nate?” His mere survival, says Macksoud, “was like winning the lottery 10 times over.”

For the entire article, please log on to orlandomagazine.com